Regular Season 2018-2019
2018-2019 x Regular Season
Mission
The Forest Lake High School Boys Basketball program will establish a standard of athletic and academic excellence which will stand the test of time. 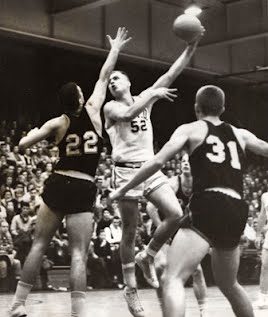 History
Forest Lake held Park to just seven points in the entire first half in the final game between the two schools during the 2005-06 season. The Rangers won the game 60-45.

Forest Lake beat Hastings 72-71, in a five overtime game during the 2003-04 season. That game is the fifth longest in Minnesota boys basketball history.

On January 5, 1996, Stillwater's Andy Tate was seven out of seven in 3-point field goals in a game against Forest Lake, tying the state record for 3-point accuracy.

Forest Lake beat Mounds View 51-50 in a game during the 1993-94 season. Mounds View held a 14-point lead in that game with seven minutes to go. That was a huge win for the Rangers, because Forest Lake went on to win the Suburban East Conference title by one game over Mounds View.
In a 1993-94 match-up between Forest Lake and Roseville, the Rangers won 90-69, with Forest Lake shooting 61% from the field and scoring 80 points in the first three quarters.

Forest Lake and White Bear Lake came into the final game of the 1992-93 season tied for first place in the Twin Cities Suburban Conference. The Rangers won that game 53-50, and won the conference title by one game over White Bear and Anoka.